The requirement of Endangered, Vulnerable and Near Threatened (EVNT) species management often figures highly with respect to environmental commitments regarding the disturbance of significant habitats and/or species. Species listed under the Environmental Protection and Biodiversity Conservation Act 1999 (EPBC) and the Nature Conservation Act 1992 (NCA) often require specific in field mitigatory management by fauna spotter catchers prior to, during and after the disturbance of identified habitats to ensure these commitments are facilitated. With specialist ecologists who have worked with a large range of EVNT species our team can effectively implement strategies and management initiatives that will assist with endeavours aimed at the long term conservation and persistence of significant fauna species. We can assist in formulating Management Plans throughout the planning process as well as provide in field expertise regarding identification of favored habitats and the detection of target species.

Our management and detection strategies have been applied to a large number of fauna species including representatives from all fauna groups. These include such conservation significant species as the Rough Frog, Giant -barred Frog, Golden-tailed Gecko, Grey Snake, Ornamental Snake, Mary River Turtle, Northern Quoll, Koala, Palm Cockatoo and Squatter Pigeon to name a few. 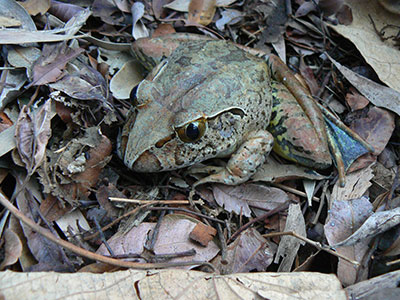