The Golden-tailed Gecko Strophurus taenicauda is synonymous with the southern and central Brigalow regions of Queensland. It is a species of conservation significance currently listed as Near Threatened under the Queensland Nature Conservation Act and figures highly in projects undertaken by Queensland Fauna Consultancy (QFC) consultants within coal seam gas, road infrastructure and mining appointments. It’s presence within the Brigalow belt bioregion sees it occur within vegetation communities that have been subjected to high levels of clearing and fragmentation for farming. Subsequently, much of the species range has contracted with localised populations often isolated by such practices.

The Golden-tailed Gecko is a small to moderate sized nocturnal species found during diurnal searches beneath exfoliating bark and within tree fissures on both live and dead timber. Occasionally specimens are found during the day basking on limbs within heavily foliaged shrubs where it’s mottled pattern allows for considerable camouflage. It’s an efficient hunter of small insects and conversely falls prey to larger lizards and snake species such as the arboreal Pale-headed Snake Hoplocephalus bitorquatus.

QFC has conducted detailed habitat investigations specific to this species inclusive of woodland and dry open forest environs dominated by cypress, iron bark, belah and brigalow communities. These investigations have embraced a number of project types including broad scale and linear pipeline projects where considerable capture rates have resulted in the translocation of high numbers of individuals.

There are a number of recognised threats to the Golden-tailed Gecko including broad land clearance for grazing, removal of favored ground timber and exposure to frequent fire regimes resulting in the loss of current and successional habitat and micro refugia. Predation by feral species may also contribute to localised declines and heavy representation of introduced pasture grasses may inhibit transient movement within otherwise suitable habitat corridors.

This species represents a specific point of management under conditions and approvals for a number of QFC’s clientele. We have delivered quality outcomes in regards to this species including detailed habitat assessments, micro habitat identification and removal and translocation of individuals from project areas/alignments. The ongoing persistence of these individuals has been facilitated by considered translocation to adjacent suitable habitats likely to support this high value reptile species. 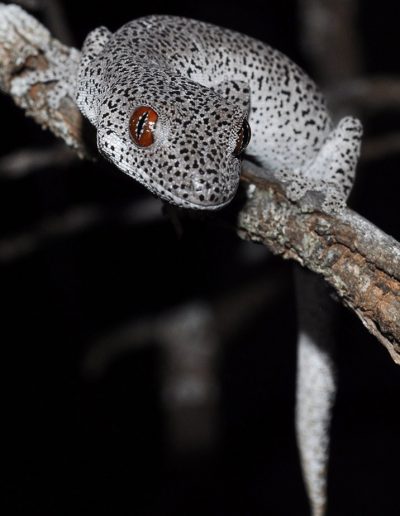 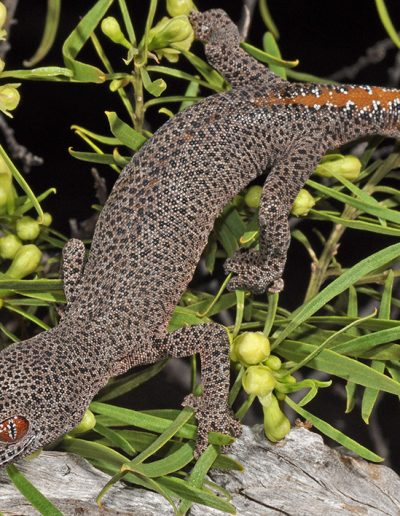 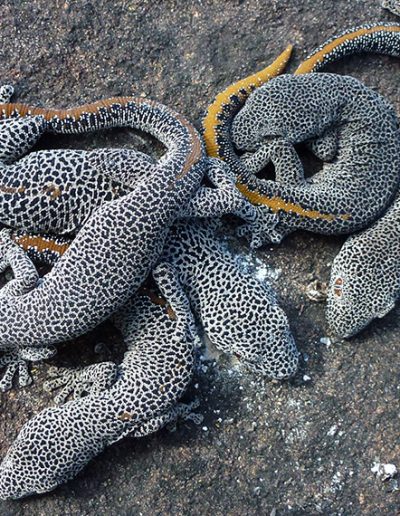